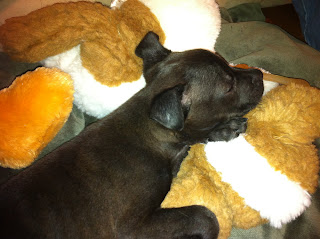 I haven't blogged in a while and I haven't beaded either. At first it was because I didn't have time with the new puppy that we rescued, Fiona. But, sadly, she started having seizures 10 days after we found her and they wouldn't stop. We elected to put her to sleep instead of having her suffer because the doctors couldn't figure out what was wrong with her. I never want to have to go to an Animal Clinic E.R. ever again. I imagine that is one of the most depressing jobs there is because of the highs and lows. But then again, I am thankful to them for their kindness and their understanding and their effort to figure out what was wrong with her. We also found out what we thought was a decent veterinary practice was indeed overworked and just not very interested in figuring things out. So, we've looked for a new vet and will be checking him out later this month when Charlie and Apple are due for heartworm checks. He was the only vet we could find out here that would even answer his phone after hours and he even does house calls!
The loss of little Fiona was and is devasting. Heartbreaking. In just 10 short days we fell totally in love with her and she had us all (including Charlie and Apple) wrapped around her paw. She passed away in the early morning hours on Nov 16th.

This loss has opened some old wounds from losing Mojo last year. It begs a lot of questions and I haven't gotten many answers. Losing anyone young is incredibly hard. There aren't any good reasons.

Anyway, we've been moping around and sort of depressed and just going through the motions. Every day, several times a day I would just say out loud, "I want Fiona back" and of course I can't have her back.

We miss her. We loved her. And we can only be thankful that we found her, fed her poor starving body and gave her a name and a home. I'm pretty sure she had a good time, I know we did. If only for 10 days.

Here are a few more photos of this loveable girl, Fiona. 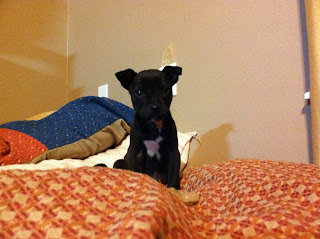 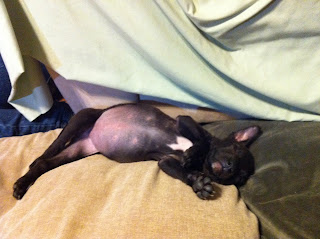 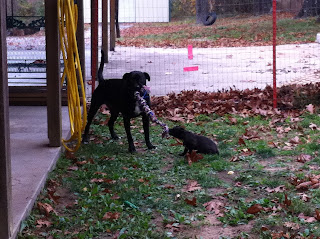