Oh my goodness! Time sure does fly by too fast. Sorry for not posting more often, life has been incredibly busy. We are down to only one foster dog and we actually adopted one of our others. I think I've mentioned Z-Bo before, but in case I haven't, here he is. 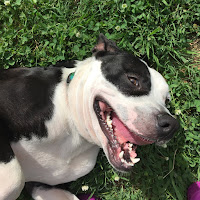 We actually found in the Frayser area of Memphis and gained his trust and brought him home to be nurtured, trained a bit, and vetted. We helped raise a good amount of money for his vetting because he turned out to be positive for Heartworms. The rescue group we work with, SOAR Doggy Rescue,  took him under their wing so we gave them the funds and used their vet. Anyway, that was back in May 2015. Heartworms treatment took 3 months and now we are waiting for his forever family to find him. It doesn't seem like people are looking for a big dog and thus it has been a slow process. Sometimes I wish we would stick with the easy to place dogs, but then I look into his face and start laughing because he is such an adorable goof! He is a very good boy, especially when my husband isn't home. When my husband is home, Z-Bo has trouble focusing on anything except for him and horsing around. His only goal in life is having a good time and when my husband is home, having a good time right next to him is the main goal. LOL. Anyway, I try to remain patient while we wait to find his people. After he finds a home, we will take a short break from fostering while we get some home projects done. 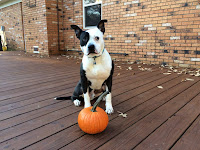 Back in August we fostered this little guy, Mr. Waffles, and after less than a week, we knew he would never leave our home again. He fits right in. I'm not really a small dog person, but Mr. Waffles is like a big dog in a little dog's body, but he doesn't try to rule the pack, he's happy just being in it. He doesn't prefer just one person and shun everyone and everything else... And the cats like him. Those of you with cats know that that is HUGE! 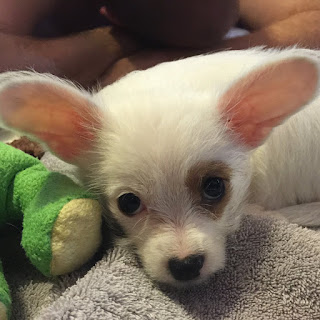 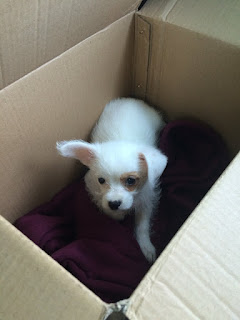 He's about 8 months old now. Here is Mr. Waffles! The cool thing about him coming to us to foster is that we just volunteered in case one of the litter didn't get fostered thinking there was no shot of it. Then when we were told we get to foster we just said we would prefer a female as the boys (Charlie and Z-Bo were outnumbered.) And Mr. Waffles was the cutie that came home to us. 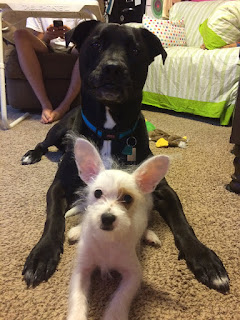 Here he is with Charlie... these two get along so very well! Mr. Waffles gets along with the others, as well, but Charlie is the one he looks to as his leader and role model and protector. Although Luna surprised us as the one being overly protective of the little guy when he was meeting our foster dog, Z-Bo for the first couple of times. 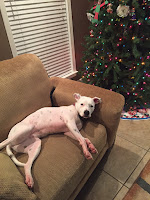 Our other two fosters, Maggie Moo and Ruby have both been adopted by wonderful families and we couldn't be more happy for them. 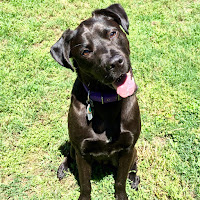 I'll post some of my other beading and crafts in another update, but I did want to post these ornaments that I made... I used my paw print pattern and made a bunch of paw prints in size 10/0s Delicas and then used various sizes of seed beads for the rest. I do not have a pattern for the ornament. I am not sure how to go about doing a pattern for that except for step by step photos and I don't have the time or patience for that. I originally shared a pic of each of them on Facebook and Instagram and thought I'd better get a Blog post out and document it. 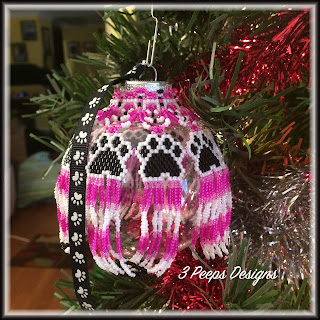 The first one I ended up sending out to my friend in California, just a surprise, a little something to say hello and Merry Christmas! She's a dog lover like myself and advocate of dog adoption. The second one is slightly different because of course, while making one, I had some thoughts of what I'd like to try next. I sent that one to my cousin, I hadn't been able to get out there and see her in a very long time, it was like sending her a hug via the U.S.P.S. And the third one was a combination of the two. I have other ideas, but Christmas came too quick and I ran out of time. Perhaps I will do some more in the future. the pink seemed to get the most attention, although I love the color of the black and white. Thankfully I didn't get any trash talk about the black and white not being in the Christmas spirit. 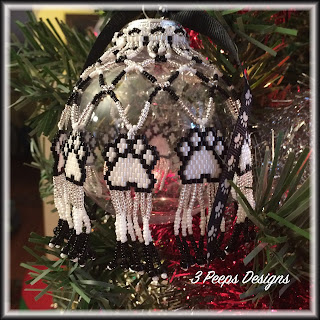 Anyway, I'd love to hear your thoughts! 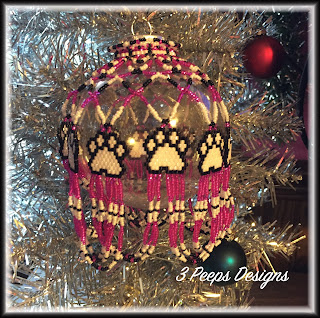